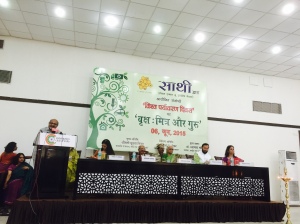 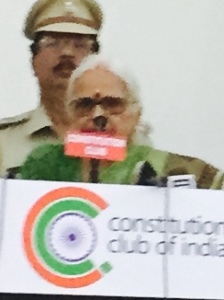 TREES -FRIEND AND GUIDE -This was the base on which social action and integrated efforts made in the field of environment conservation were brought into limelight by a group of NGO’s in New Delhi .

Mrs Mridula Sinha,Governor of Goa, who is an orator par excelllence was the Chief Guest accompanied by the Honorable minister for Environment ,Sh .Prakash Javedkar .Both these eminent speakers quoted examples from indian mythology about how our sanskars taught us to love the forest,rivers and the all sacred nature ! Real people who did real ground work in keeping their parks and localities green and clean were  honoured .Three little kids who kept the park of their colony clean were honoured by the Minister ,bringing a ray of hope for more people to join hands !

My tiny NGO ,Tree For Life works in this direction too . It is appreciable how the government has brought in such awareness about cleanliness and other environmental issues . JAI HO .

The Topics I work on